In James Hitchcock’s 1979 work Catholicism and Modernity, there is a quotation that particularly interested me:

One of the choicest of all the ironies of the postconciliar era presented itself here, since in its decree on communications, Inter Mirifica, the Council warned severely against precisely those misuses of the media which the conciliar excitement was in the process of inspiring. There developed an almost universal conspiracy of silence about that document. The journalists who fed the public’s seemingly insatiable hunger for information about the Church’s new era deliberately kept that same public in the dark about the one document which bore directly on their own work.1

I tested this claim by running searches for the 16 documents of the Second Vatican Council in the Catholic News Archive. More broadly, I was curious to know: what conciliar documents did American Catholic newspapers talk about? Were there clear favorites, or a fairly even distribution?

While Inter Mirifica was second-to-last in terms of number of results, the document mentioned the least was actually Orientalium Ecclesiarum (On the Catholic Churches of the Eastern Rite). Even Nostra Aetate, on non-Christian religions, was mentioned more frequently.

Wittgen’s chronicle of the council discussed the sometimes unfortunate conciliar attitudes toward the Eastern Rites:

Patriarch Maximos said that the weakest chapter of the schema was “indubitably the one devoted to the patriarchs.” He called it “inadmissible” in its existing form…He also objected to the “infinite number of times” that patriarchs were obliged to have recourse to the Sacred Congregations of the Roman Curia. The patriarch and his synod, he said, “without prejudicing the prerogatives of the successor of Peter,” should normally be the highest authority for all affairs concerning the patriarchate. Maronite Bishop Doumith of Sarba, Lebanon, told the assembly that the great hopes stirred in the Eastern Churches by the Second Vatican Council had “almost completely vanished after an examination of this schema.” Apart from the praise which was usually given the Eastern Churches in any discussion of the subject, he said, “there is nothing of momentous importance in the schema: prejudices are not corrected, useless things are repeated, special problems are not always resolved in the best manner and, finally, the more serious matters which ought to be treated are avoided.”2

Beyond that, the most surprising result is the obvious one: the disproportionate spread. It is certainly strange that the conciliar document on communication was the second-to-least discussed; it is just as strange to see the enormous jumps in numbers, even factoring in possible duplicate hits.

For the names of the documents themselves, I used EWTN.3

I limited results from 1962-1982, to eliminate the most likely false drops.

I did this to a) do my best to work with the uncorrected OCR text, and b) account for different papers referring to the document titles in different ways. The English searches I used are below:

For some of these titles, adding “decree” or “constitution” was part of a balancing act. An exact phrase search for the English titles sometimes resulted in no results, because of slight variations like “decree on” or “Decree of” or “decree for”. I didn’t want to ignore “decree,” etc., completely, because a search for “on christian education” runs the risk of too many false drops to be useable. For the particularly long titles, I didn’t want to include more than I had to - again, because of the risk of uncorrected OCR. For titles like “decree on ecumenism,” I decided to search that exactly as is because the words are so general.

So, the list above is my compromise. I wanted the highest number of accurate results, but also search strategies that were all at least the same level of complexity. 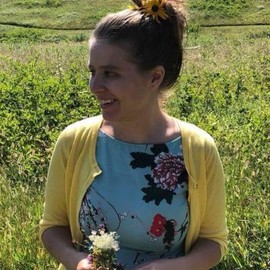