Until recently, the Catholic Church opposed mixed marriages (marriages between a Catholic and a non-Catholic) in the strongest of terms. Typically, the couple needed to request permission to get married, and the non-Catholic couple was required to make a serious of promises in essence renouncing their rights in the spiritual upbringing of future children. Although it was not always enforced, in theory mixed marriages were also forbidden from the church building and the pomp and splendor of sung Masses.

Below is a collection of pamphlets of wide circulation for Catholics on the topic of mixed marriage. (One pamphlet is from the perspective of the non-Catholic side.)

Caveats: Some publication information might be incorrect. Pamphlets can be notoriously difficult to catalog. I occasionally link to active listings of these pamphlets, because the sellers have allowed me to reuse their photos.

A Factual Study of Mixed Marriages With Certain Corrolaries (1943) 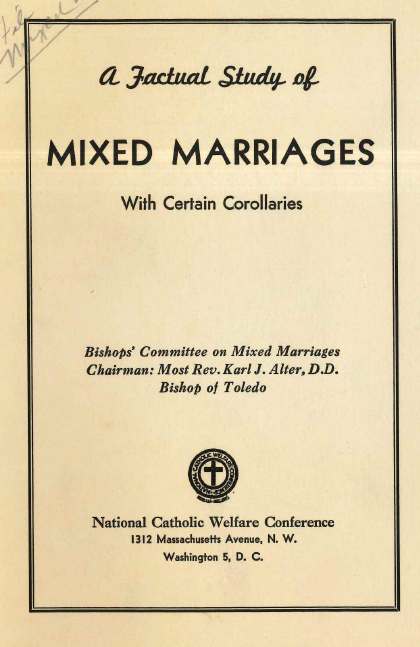 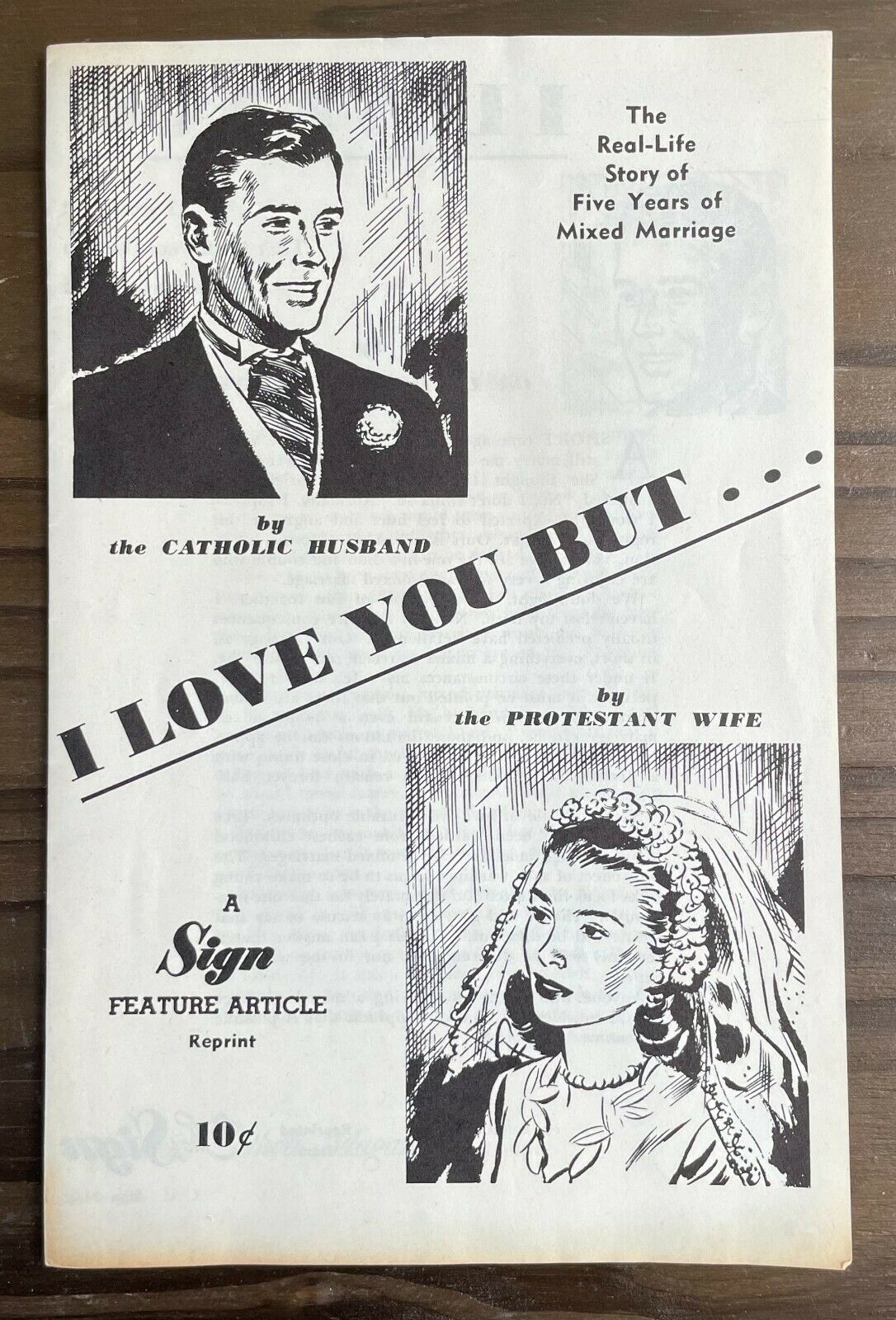 Six Pre-Marriage Instructions for Catholics and Non-Catholics (1944, with full text) 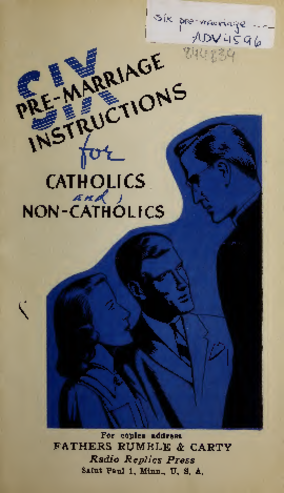 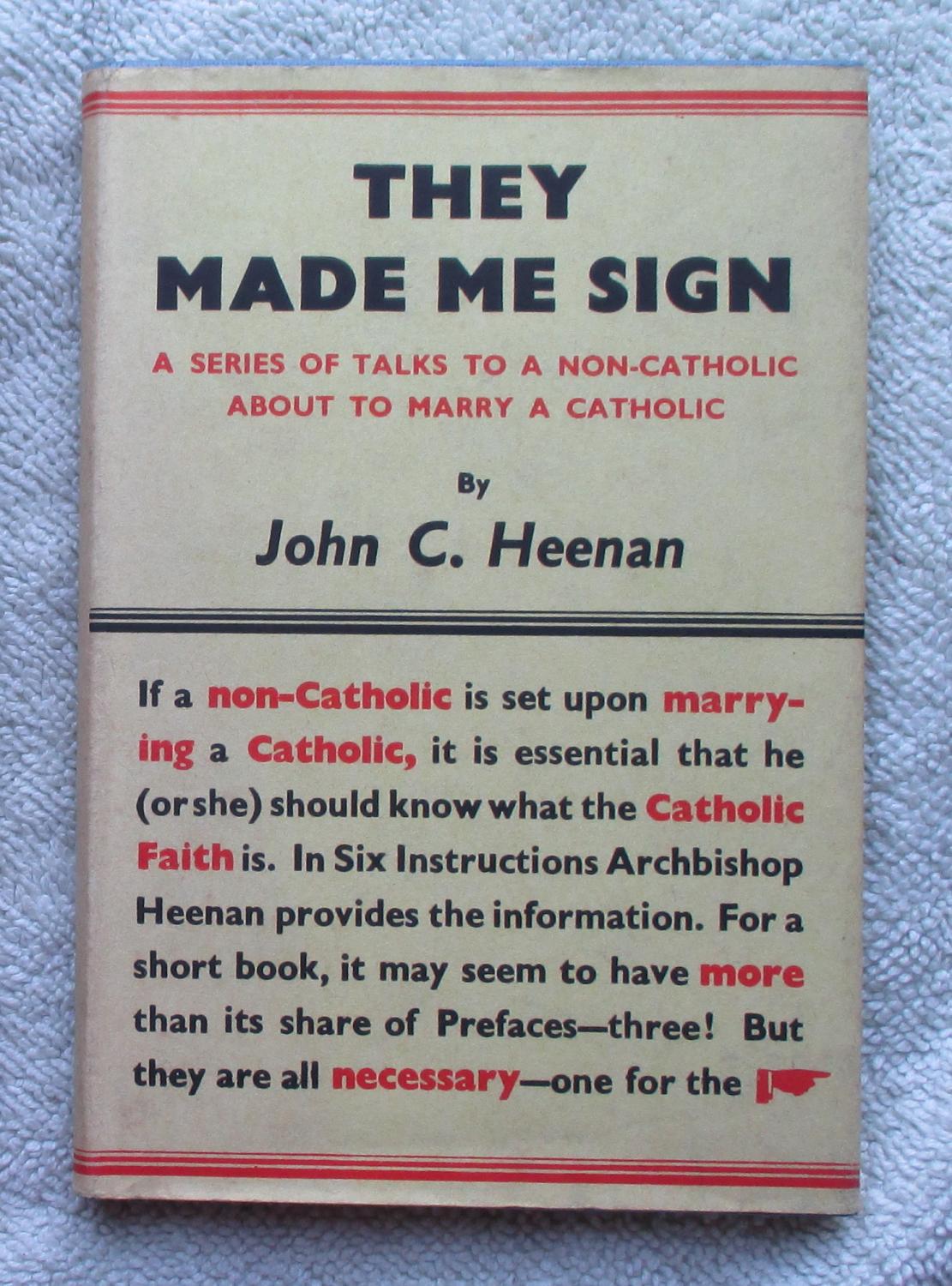 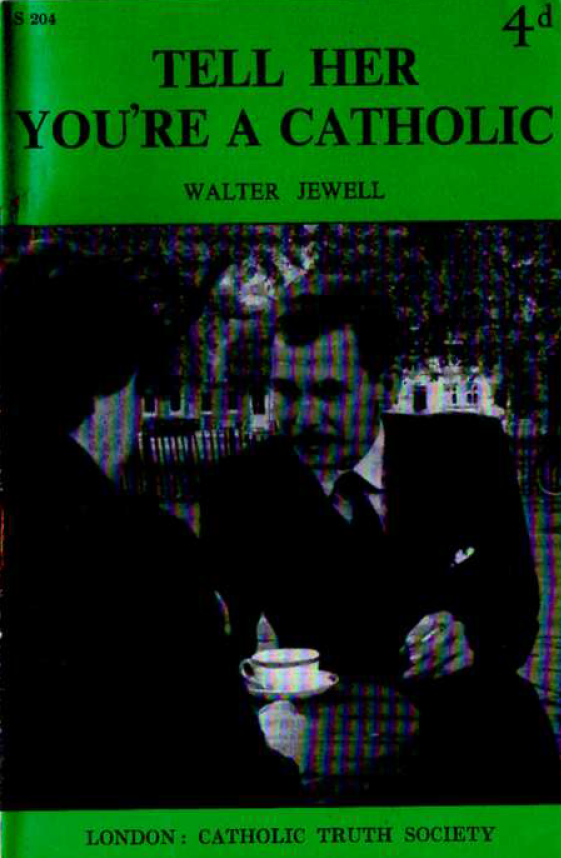 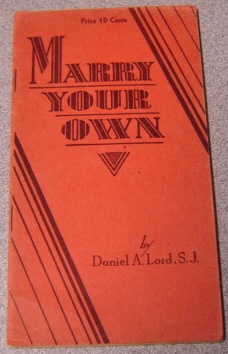 Lord, Daniel A., and Australian Catholic Truth Society. Marry Your Own : A Discussion of Mixed Marriage. Melbourne, 1953. 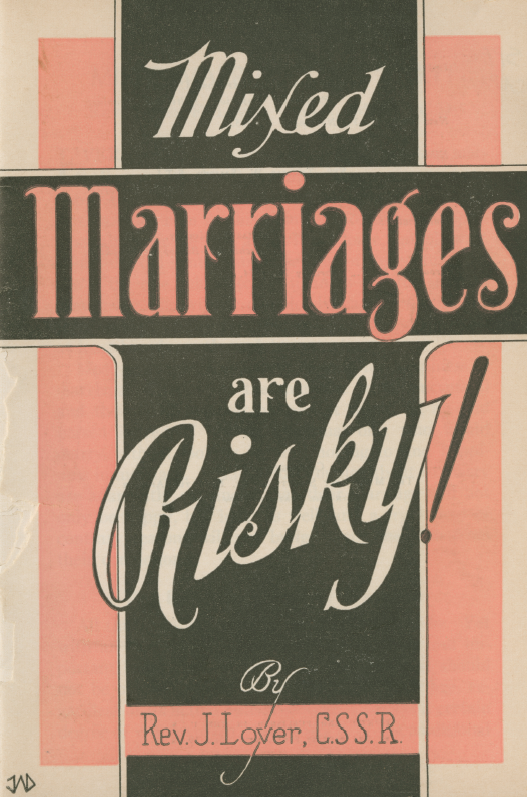 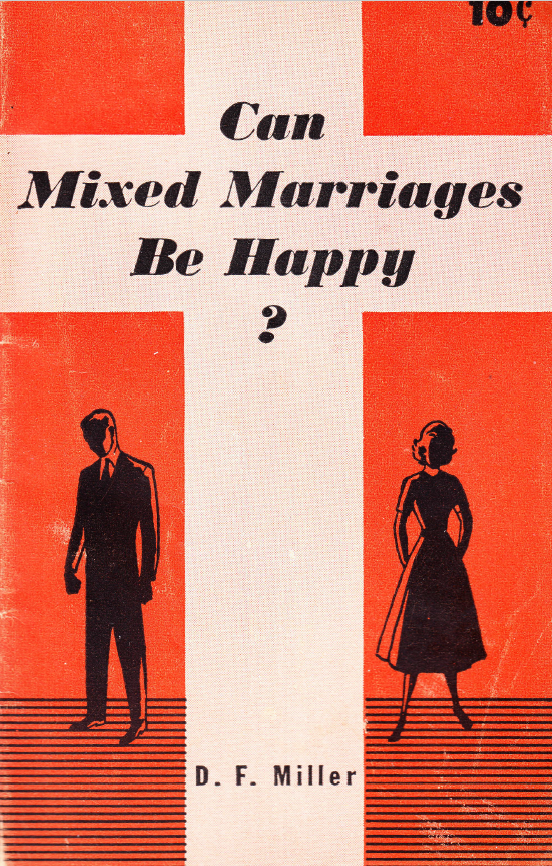 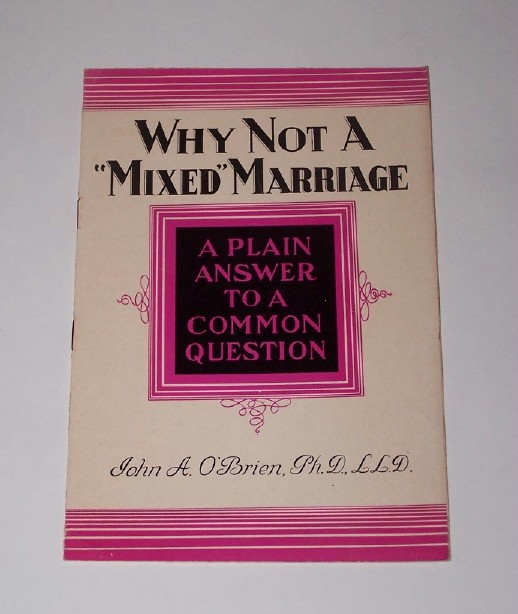 The Truth About Mixed Marriages (1961) 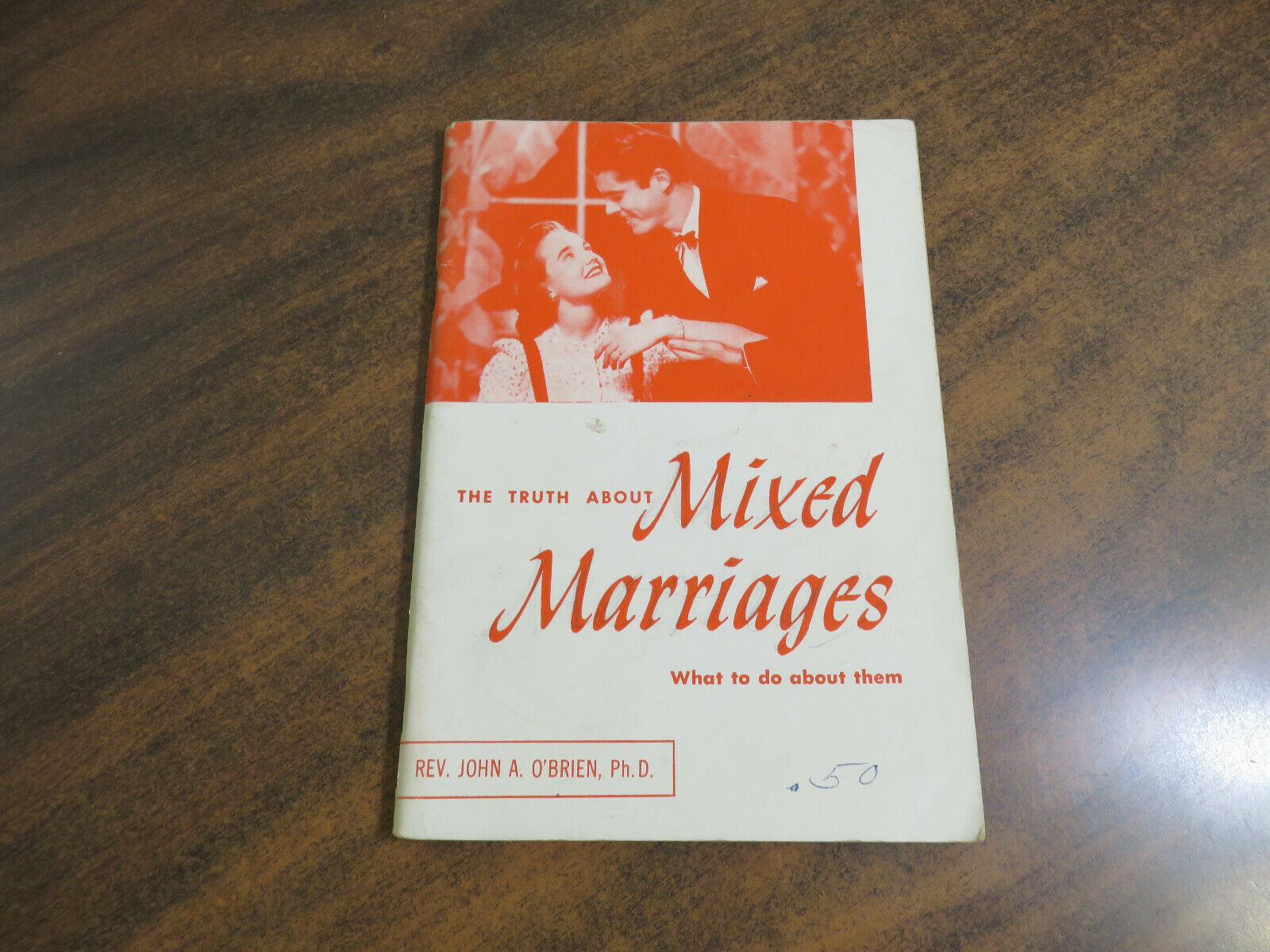 O'Brien, John A. The Truth About Mixed Marriages : What to Do About Them. Huntington, Ind., 1961.

The Forbidden Fruit or Mixed Marriages (1916) 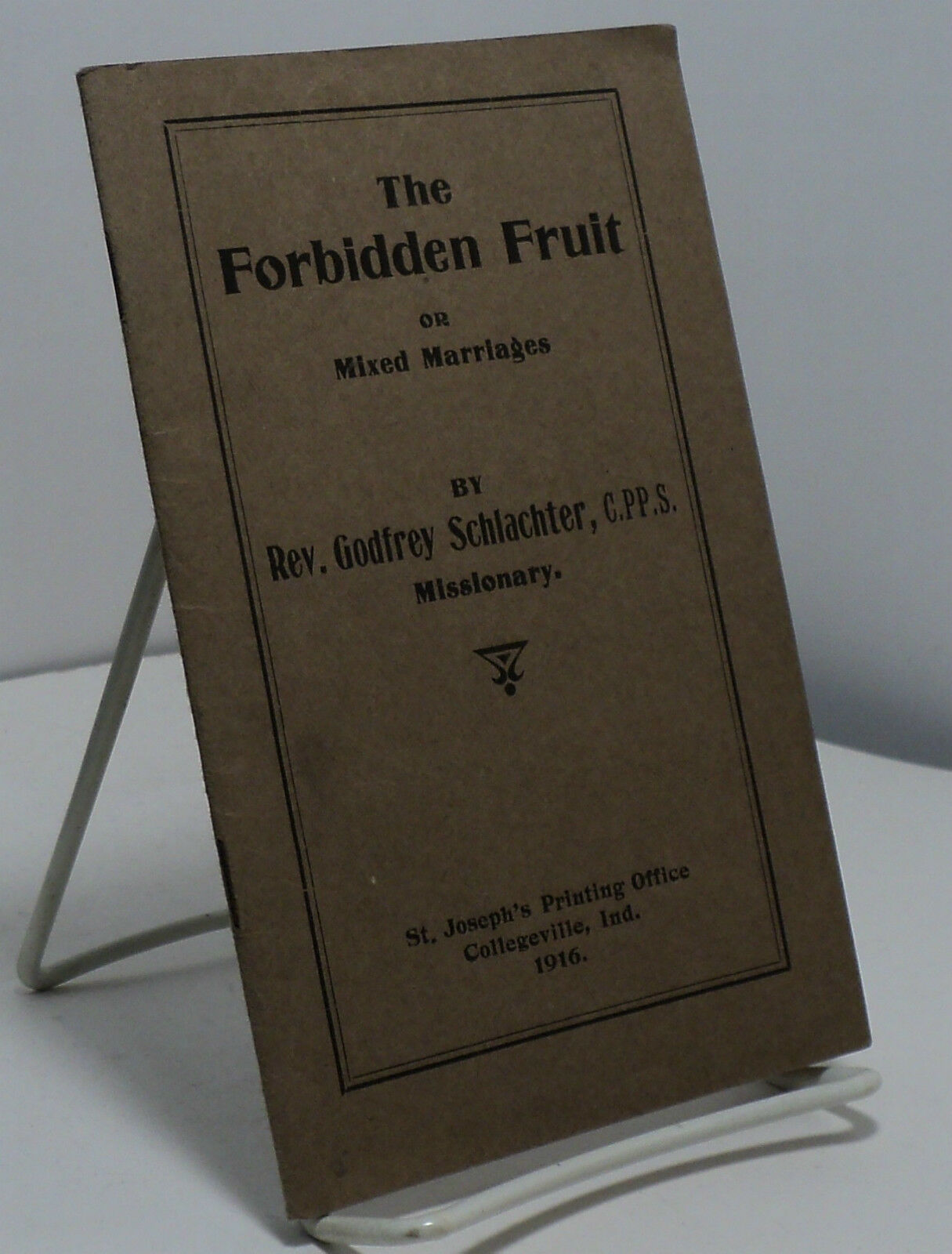 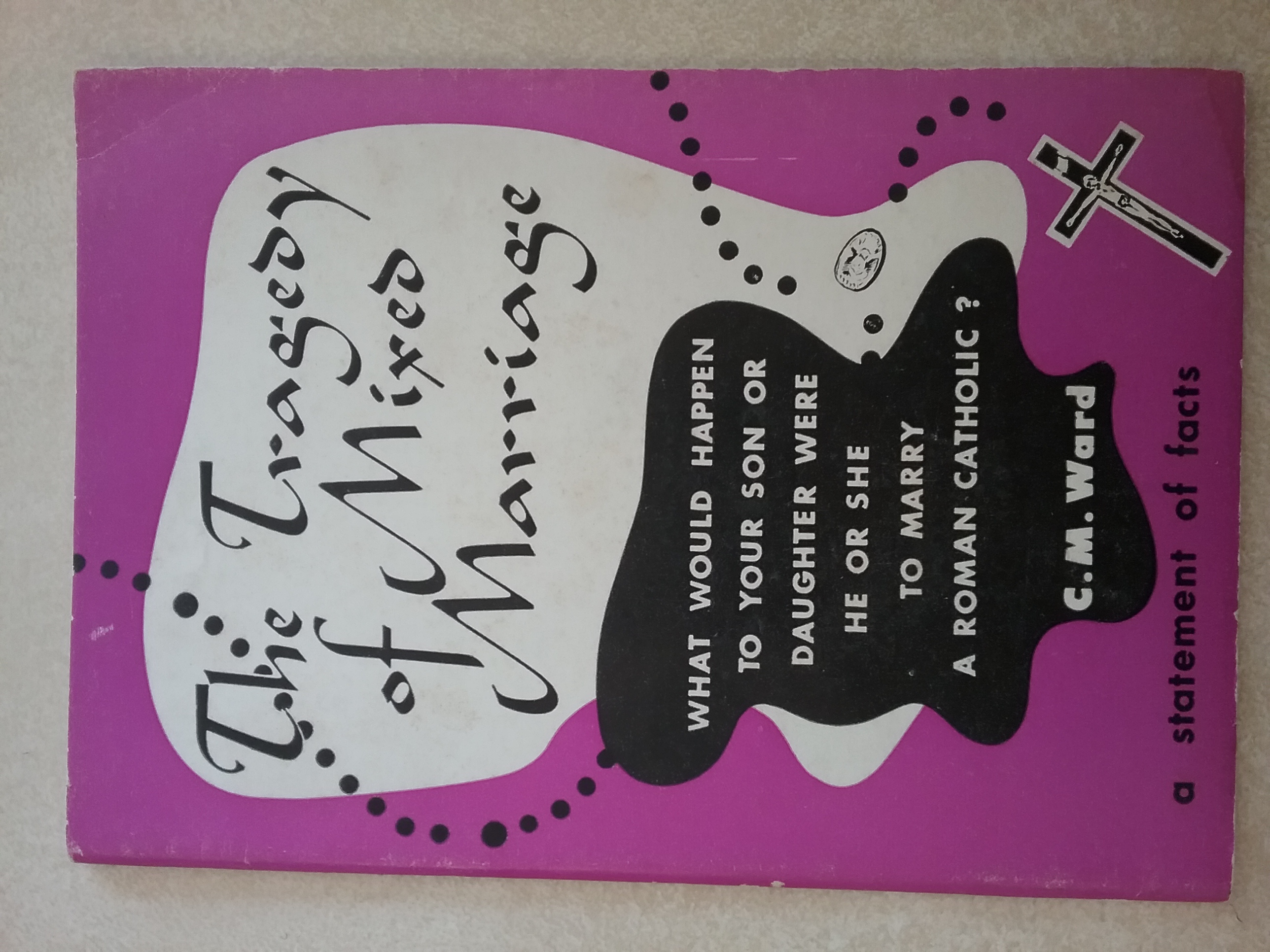 Ward, C. M. , and Assemblies of God Revivaltime. The Tragedy of Mixed Marriage: What Would Happen to Your Son or Daughter Were He or She to Marry a Roman Catholic? 1955.