This is an ongoing project that looks at papal documents, what they cite, and how long they are.

I used the versions of papal documents as found on the Vatican's website and Papal Encyclicals. All data are in Excel. Contact me if you’ve spotted an error!

These charts do not include Scriptural citations. All popes reference Scripture in their writings. What varies is how the pontiffs handled those references. Some provided a citation at the end, and some simply included an in-text citation. As a result, comparing the exact citations will make it look as though certain popes or documents did not use any Scripture. To improve both fairness and usefulness – that is, to more easily compare citations among papal documents – I have removed Scriptural citations from the final count. 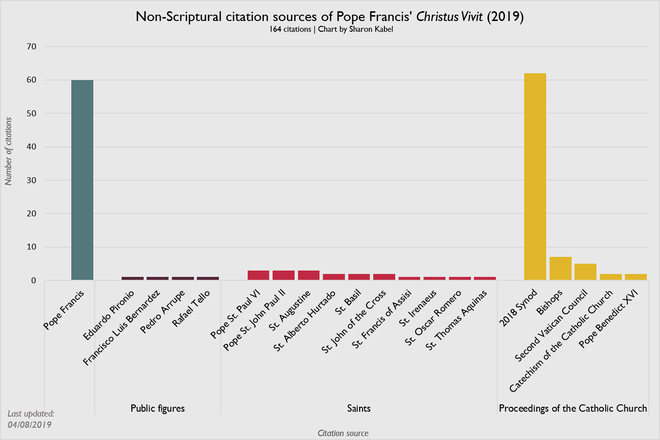 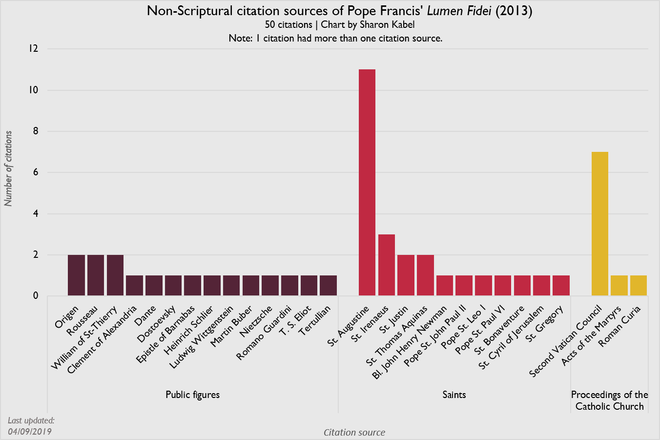 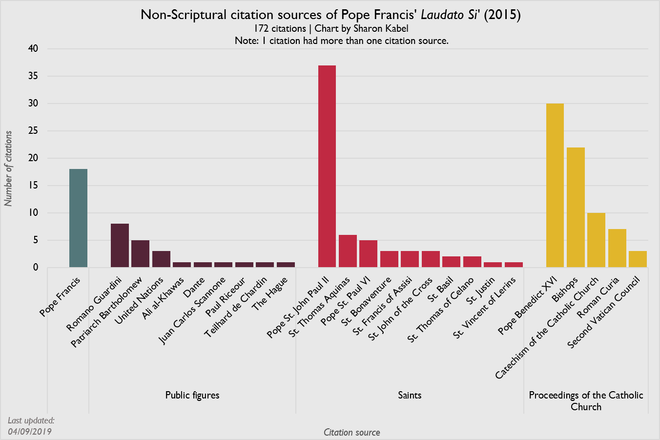 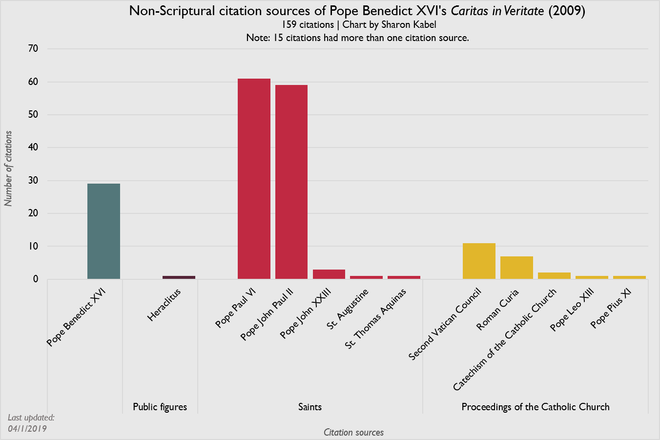 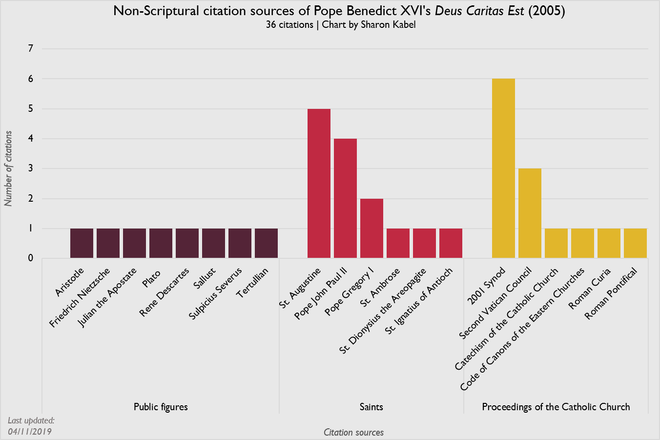 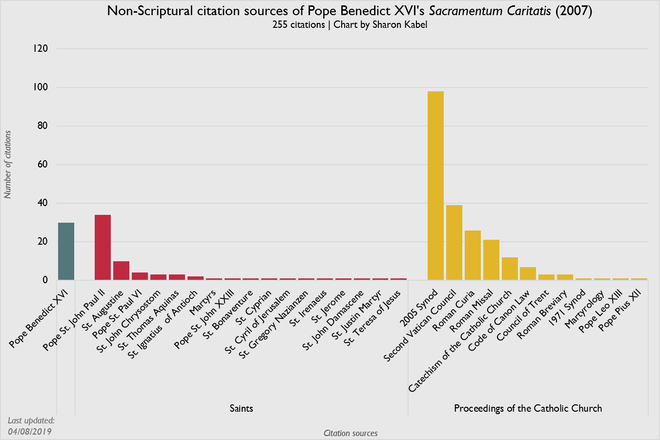 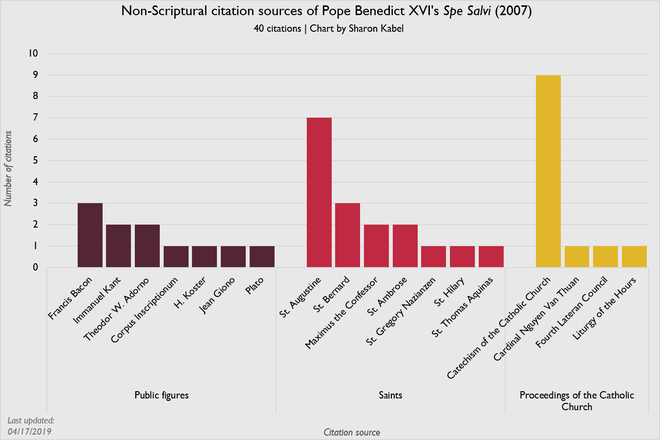 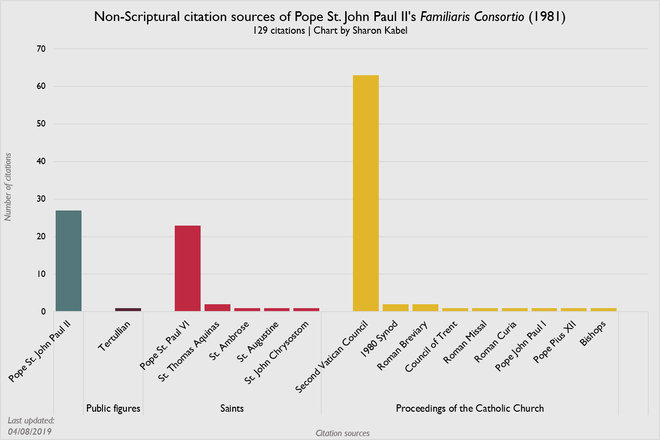 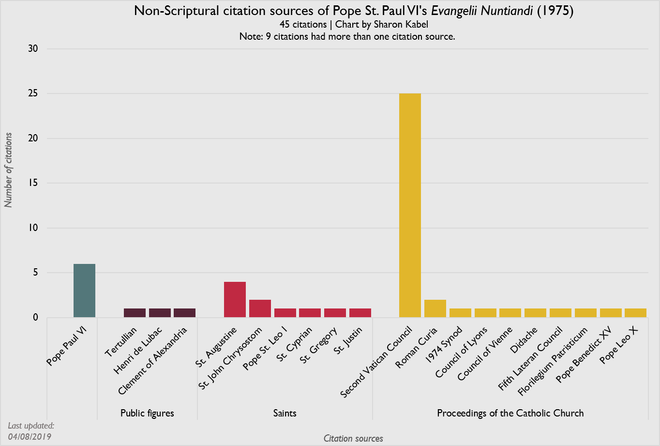 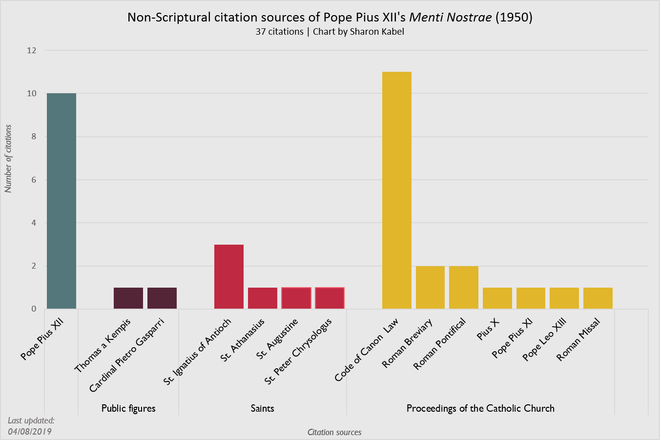 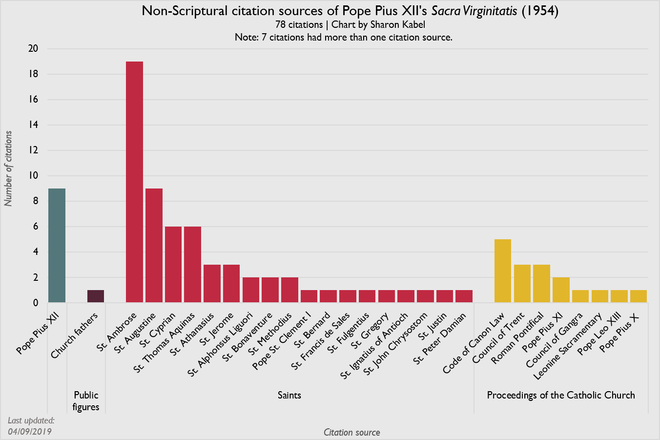 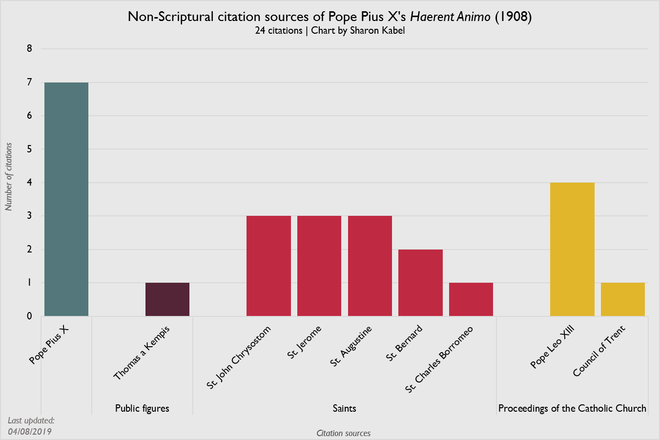 Word counts include the text of the papal encyclical, and any citations at the end of the document. All data are in Excel. Contact me if you’d like to know more, or you see a mistake!

Each graph tells a very different story, so they should be considered contextually. Pope John XXIII, for example, has the lowest number of total paragraphs, but the second highest average number of paragraphs.

The longer the reign, the more words they wrote – but contrasting the total numbers with average numbers can reveal surprises. Pope Leo XIII, to take another example, has the lowest average paragraph and average word counts, but one of the highest total paragraph and total word counts. 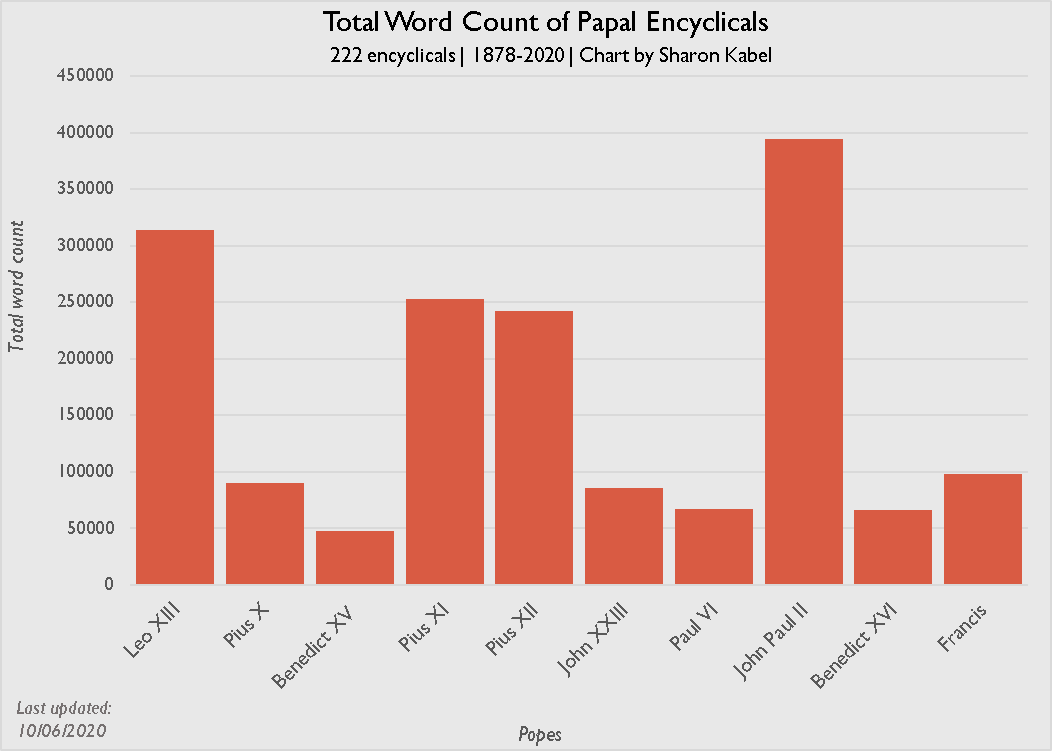 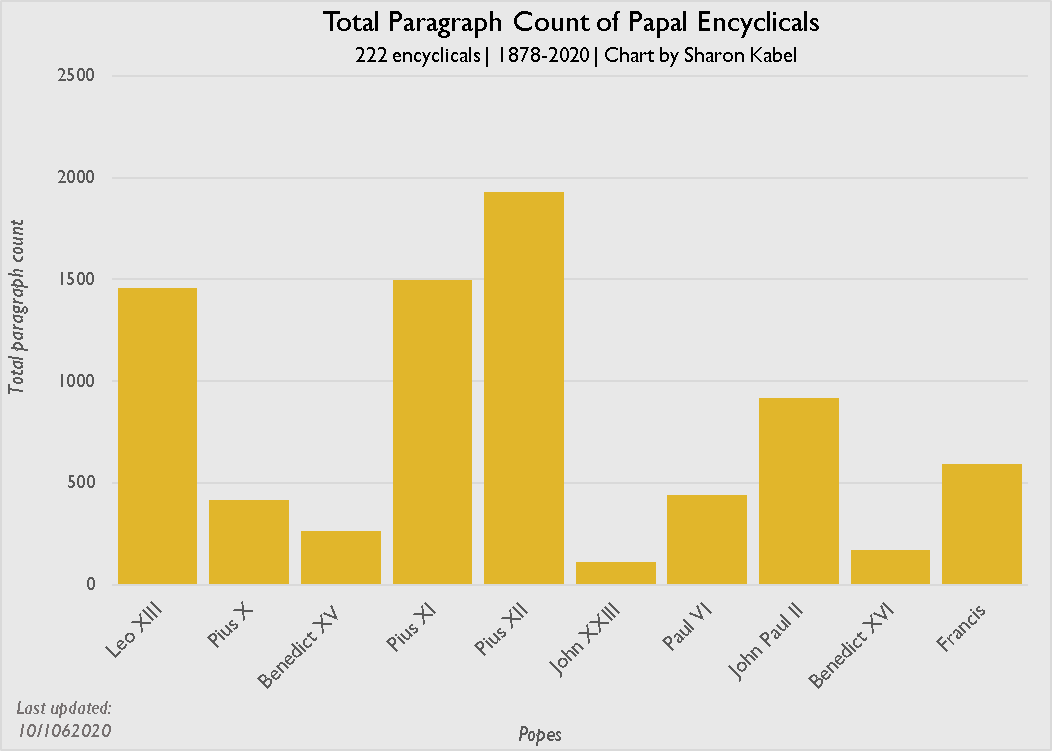 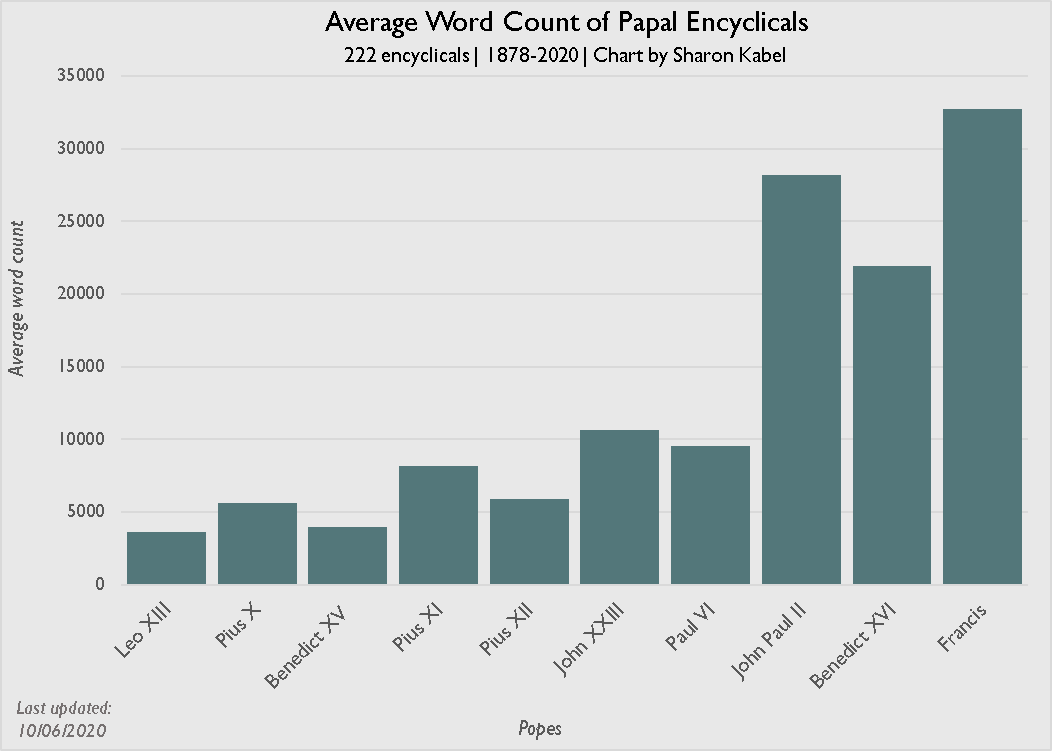 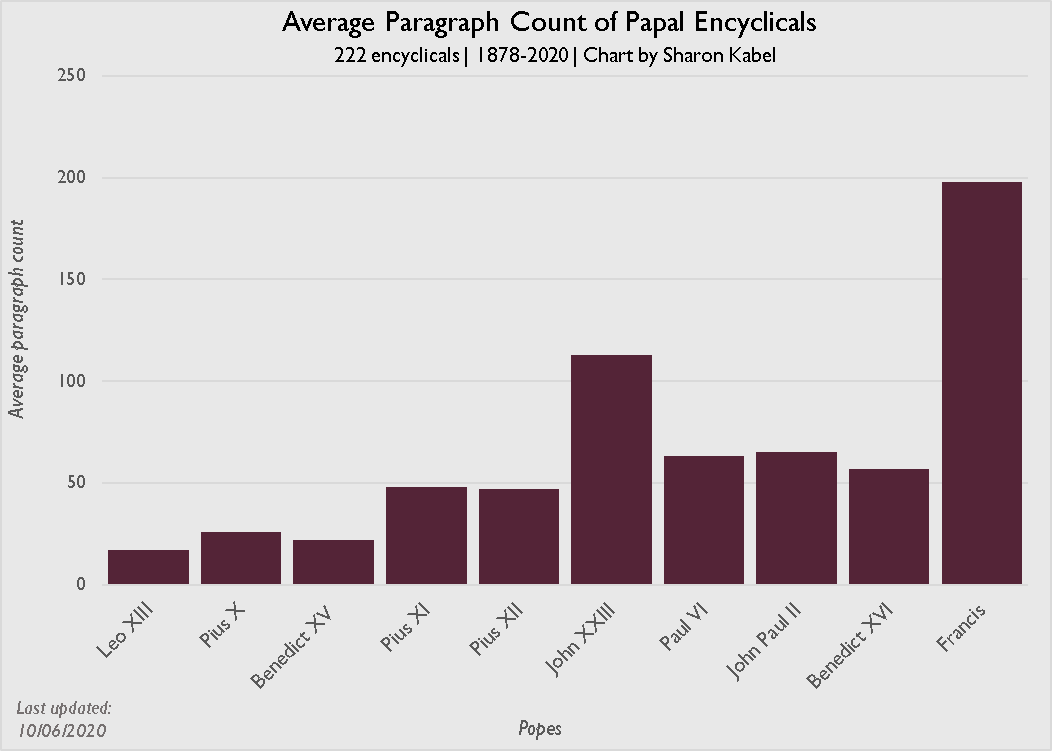 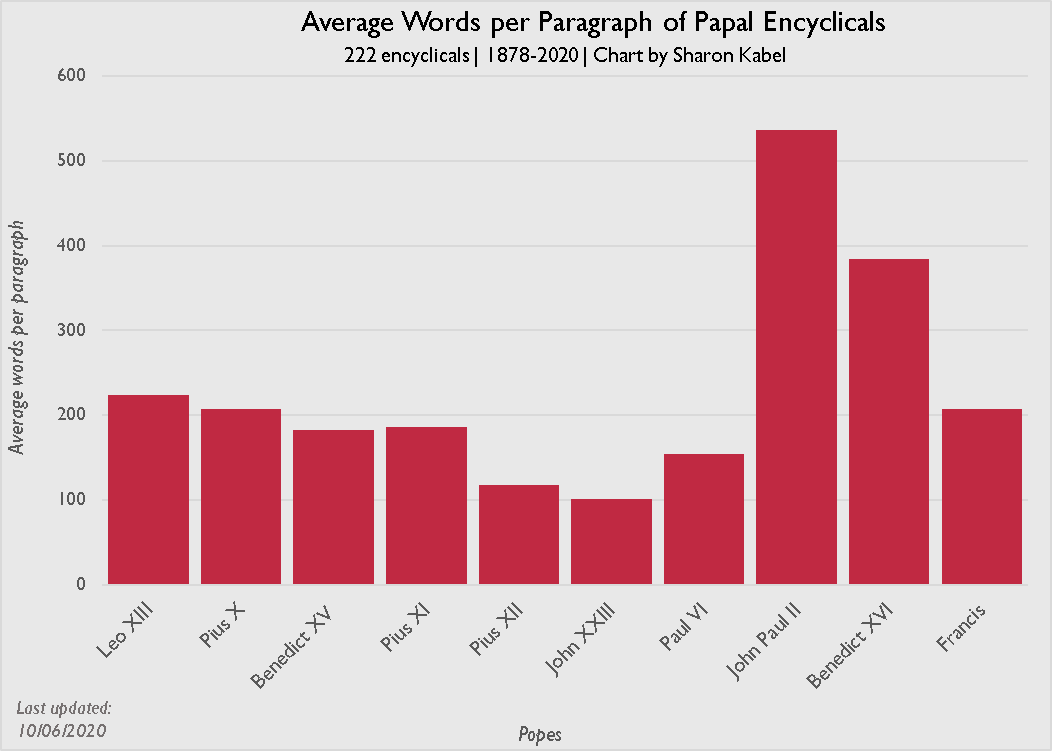